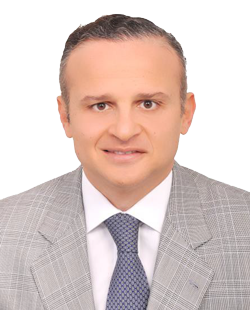 Karim Hafez is a full-time independent arbitrator specializing in international investment and commercial disputes, with an emphasis on Europe, the Middle East, and Africa. He has been involved in over three hundred cases spanning thirty jurisdictions, the principal legal systems and the major arbitration rules. He regularly sits as sole arbitrator, chair and tribunal member in venues around the world, with a majority of his cases conducted in London, Paris, New York, Geneva, Washington, The Hague, and the Middle East.

Karim Hafez is known for quickly and efficiently handling the heaviest and most complex disputes, and is a strong proponent of delivering awards soon after the hearing. By training and practice versed in the two principal legal traditions, he has conducted cases structured around everything from civil law memorials, tribunal-appointed expertise and pleading points; to English stylised pleadings and extensive cross-examination of party-led evidence; right across the spectrum to US-style complaints, dispositive motions, oral examination in chief, and full discovery, complete with interrogatories, depositions, and requests for admissions. In every case, he emphasises active case management techniques leading to early identification of issues, effective pleading, and efficient marshaling and testing of the evidence.

Karim Hafez also regularly appears before international tribunals as expert on the laws of the Arab Middle East, including the principles of Islamic jurisprudence. A substantial number of his cases have involved the laws of Saudi Arabia, Qatar, Kuwait, UAE, Oman, Bahrain, Libya, Jordan, Sudan, Iraq, Iran, and Egypt.

Formerly, he led a team of fifty lawyers in Cairo and Paris prosecuting and defending numerous large and complex arbitrations. His clients included states, local authorities, corporations and private investors.