One case involved a dispute arising out of two Public-Private Partnership (PPP) Agreements between an Egyptian private party and an Egyptian public law entity.

Two cases related to the Oil & Gas sector. The first case involved a contract for the supply of petroleum products for a petrol station located at the Cairo-Alexandria highway between an Egyptian Party and the Egyptian subsidiary of an international oil company. The second case related to a contract for the supply of pipes for a gas pipeline between an Indian party and an Egyptian public company.

Two cases related to dispute in the Tourism and Hospitality Sector. The first case involved a contract for the provision of desalinated water to a resort located in Sharm El Sheikh between two Egyptian companies. The second cases involved a memorandum of understanding between an Egyptian company and an Italian party for a prospective partnership to manage a hotel located on the Red Sea coast.

One case related to the Media & Entertainment sector and involved a Contract for the hosting of a TV satellite channel between a Saudi Satellite service provider and a Tunisian TV channel.

One case related to the pharmaceutical sector and involved a contract for the manufacturing of pharmaceutical products between two Egyptian companies.

One case related to the telecommunication sector and involved a contract for the provision of VSAT communication services between two Egyptian companies.

Arbitration proceedings in the third quarter involved parties from India, Italy, Saudi Arabia, Sudan, Tunisia, the UAE and the UK. These statistics are conservative, since non-Egyptian parties mentioned herein do not include Egyptian companies owned or ultimately controlled by foreign shareholders.

CRCICA also hosted witnesses to testify remotely to the ICC in Paris, using live feed of proceedings (i.e. video conferencing to visualize the hearing room), real time viewer (i.e. live testimony immediately appears on your computer screen as the court reporter writes real-time), and using Opus 2 Magnum electronic bundle solution, in two separate cases. Indeed, CRCICA Hearing Centre offers a cost-effective venue for hearings and witnesses in connection with the countries of the region which still suffer from turmoil and whose nationals may face challenges to obtain the Schengen or the UK visa. 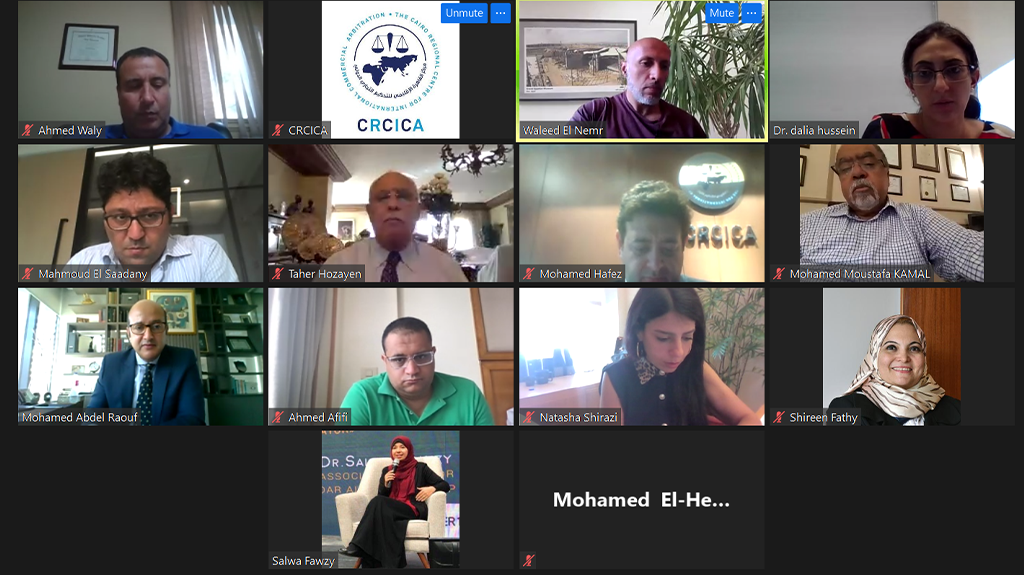 The fourth Committee meeting of the CIArb Egypt Branch was held virtually on 30 November 2021.  Members approved the agenda…
Read more 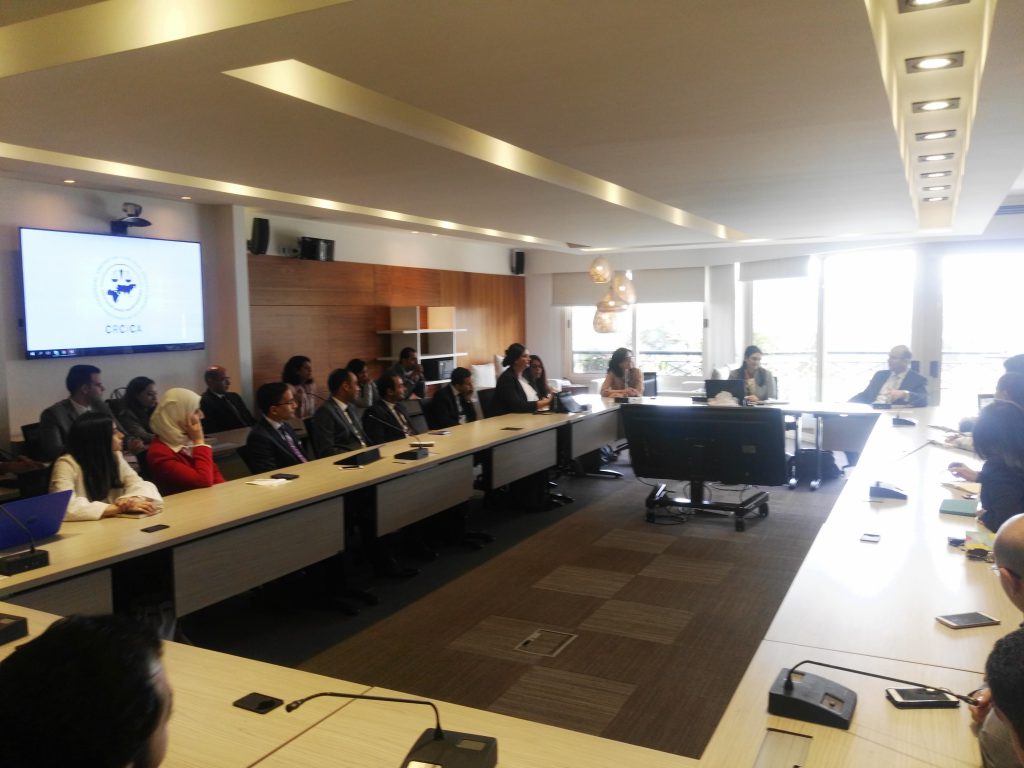 On 20 May 2018, the CRCICA hosted newly appointed diplomats of the 49th 50th graduating class in the final stage…
Read more