The CRCICA's caseload in the second quarter of 2018 involved disputes related to oil and gas, subcontracting agreements, a shareholders’ agreement, a timeshare agreement, a hotel management agreement, and a construction agreement.

One case involved a construction agreement between two Egyptian parties. The agreement related to the construction of a new complex (commercial and residential), located in Zagazig. Further, three cases related to subcontracts for civil works. The first case related to an agreement dealing with the installation of a specified type of flooring and screed works for a Mall located in Giza, between an Egyptian company and an Egyptian-Belgian consortium. The second case involved an agreement dealing with the provision of engineering, processing, construction, commissioning and start-up services, by the sub-contractor to the main contractor, both being Egyptian companies. The third case involved an agreement between Egyptian parties, for the provision of supply and installation of marble and granite works at a notable commercial Centre located in New Cairo.

One case involved a dispute over a shareholders’ agreement relating to a stock dividend distribution following the provisions of said agreement concerning a notable hotel in Hurghada.

Two cases relating to hospitality were registered during this second quarter. The first of them related to a timeshare agreement of a unit in a holiday resort located in Red Sea. The second case involved a dispute over a hotel management agreement. The dispute related to a loan agreement to fund the expansion of a touristic resort operated by a notable Egyptian company.

The second quarter witnessed the appointment of arbitrators from Tunisia, UK, Palestine, Jordan, USA, Canada and Egypt. As a part of its gender diversity policy, the CRCICA appointed a notable female arbitrator from Tunisia.

Arbitration proceedings in the second quarter involved parties from Egypt, Belgium, the USA and the UK. These statistics are conservative as they do not include Egyptian companies owned or ultimately controlled by non-Egyptian shareholders.

Throughout this quarter, 25 hearings took place at CRCICA’s hearing facilities. 24 of those hearings related to cases under the CRCICA Rules, while there was at least 1 ad-hoc case.

On 21 June 2018, and within the context of introducing CRCICA to the international legal community, CRCICA Director visited two…
Read more 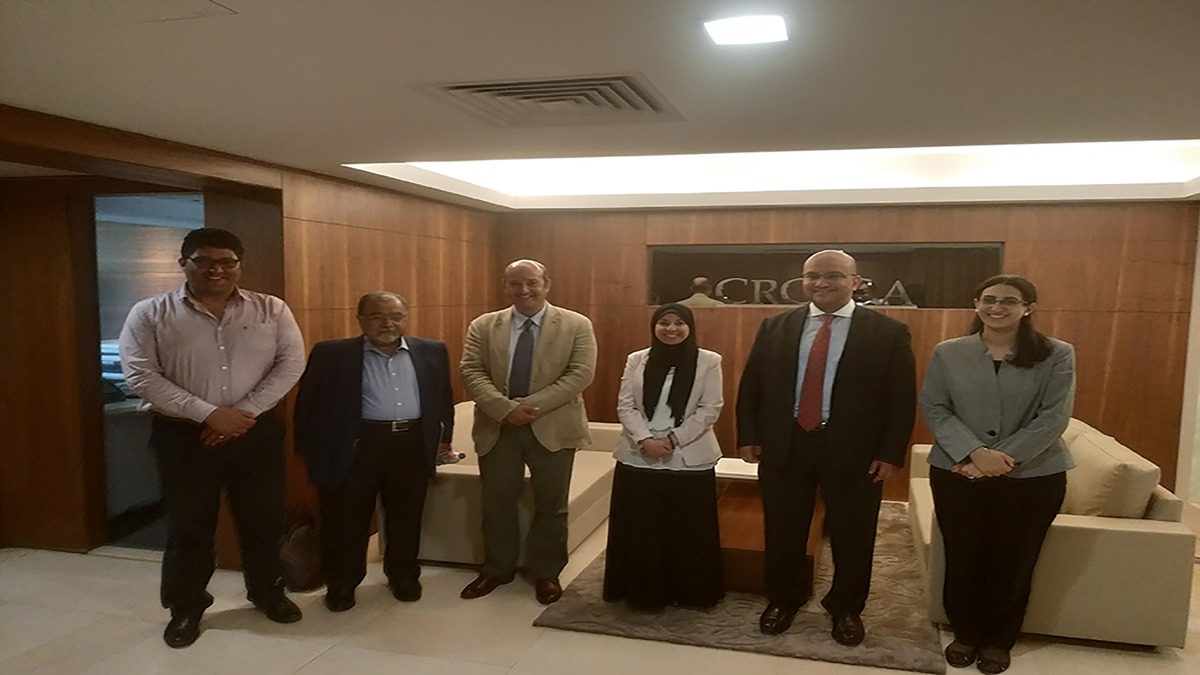 On 21 July 2019, CRCICA hosted the third quarterly meeting of the CIArb Egypt Branch Committee in 2019. The Chairman…
Read more

Hearings at the CRCICA

Throughout this quarter, 25 hearings took place at CRCICA’s hearing facilities. 23 cases were conducted under CRCICA rules, while one…
Read more