The Winds of Change sweeping the Law of Obligations: Franco-Egyptian perspectives, 2 April 2018

Held at CRCICA Conferences Centre, the event focused on the recent reform of the French Law of Contracts and its practical effects after two years of application. Speakers also analysed the future reform of the French Tort Law and the prospective modifications. Dr. Selim delivered a speech on the substantive rules in Private International Law (“règles matérielles de droit international privé”) which validate the arbitration agreement in situations where the applicable law is hostile vis-à-vis international arbitration. Generally speaking, the event was a great platform having provided a comparative analysis of the stance of the Egyptian and French laws on the subject-matter involved. Attendees were legal practitioners from the public and private sector companies and IDAI students, particularly master-level students.

It is worth noting that on 23 June 2014, CRCICA hosted the launch seminar of the Egypt Group of the Henri Capitant's Association entitled "The Necessity of Reforming Private and Economic Relations Laws: a Franco-Egyptian perspective". The Association, through its Egypt Group, has the objective of fostering collaboration between Egyptian and French jurists and, hence, widening the scope of research in many important topics and changes made in the Egyptian law and case law. 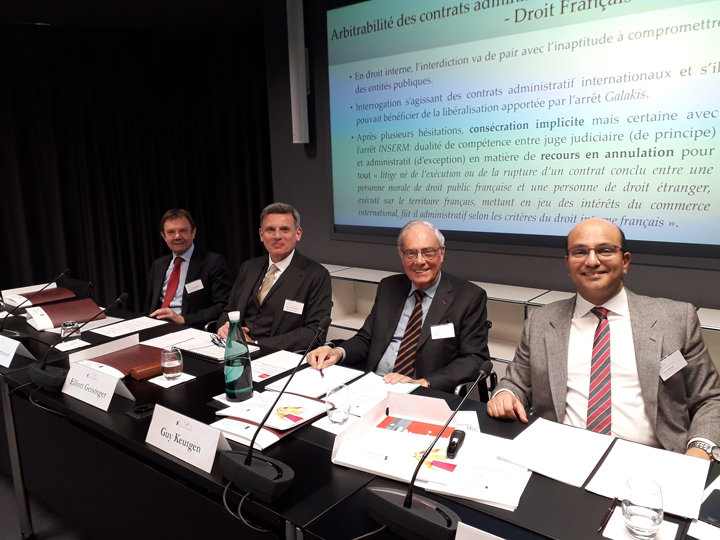 On 1 March 2019, Dr. Selim participated in the conference organized by Francarbi in Geneva on International Arbitration & Public…
Read more