CRCICA Caseload of the Year 2018

The parties to disputes included 28 Non-Egyptian parties. Parties from the USA ranked on top of Non-Egyptian parties referring their disputes to the Centre, with 9 US parties, followed by parties from Saudi Arabia and then parties from Lebanon and Russia. There were also parties from Italy, Belgium, China, Germany, Kuwait, Netherlands, Sudan and the UK. It is worth noting that these conservative figures do not include Egyptian companies owned or ultimately controlled by non-Egyptian shareholders.

2018 also witnessed the appointment of 17 Non-Egyptian arbitrators, with the number of arbitrators coming from the UK, Lebanon and Sudan coming at the top. There were also arbitrators from Austria, Canada, France, Jordan, Tunisia and the USA.

In 2017, the CRCICA signed the Pledge for Equal Representation in Arbitration, according to which the CRCICA implemented a gender diversity policy when acting as an appointing authority in addition to its implementation of a regional and age diversity policy.

These numbers and percentages, though both still modest, show a tendency to increase female appointments by the CRCICA as well as by parties and co-arbitrators. In fact, 2018 saw the composition of an all-female tribunal. Similarly, in a case where both co-arbitrators were male, their chosen presiding arbitrator was a woman.

In implementation of CRCICA’s regional diversity policy, 2 arbitrators from Tunisia and Sudan were appointed in cases registered in 2018 where the language of arbitration was Arabic, compared to 2 arbitrators from Nigeria and Sudan appointed by the CRCICA in 2017 in cases where the language of arbitration was English and Arabic respectively.

The total number of mediations filed before CRCICA until 31 December 2018 reached 11 cases. In 2018, 2 new cases were filed.

The first case was filed on the basis of a BIT and involved an Egyptian investor and a Middle East state and a number of its entities. The mediation was filed as an attempt to settle the dispute amicably and trigger the cooling-off period provided for in the BIT. The BIT provided for arbitration before CRCICA as an option for the investors to settle their disputes with the host state.

The second case involved a multi-tier dispute resolution clause, which required the parties to participate in mediation prior to initiating arbitral proceedings. The dispute involved a contract for works to be performed in a factory in Egypt. 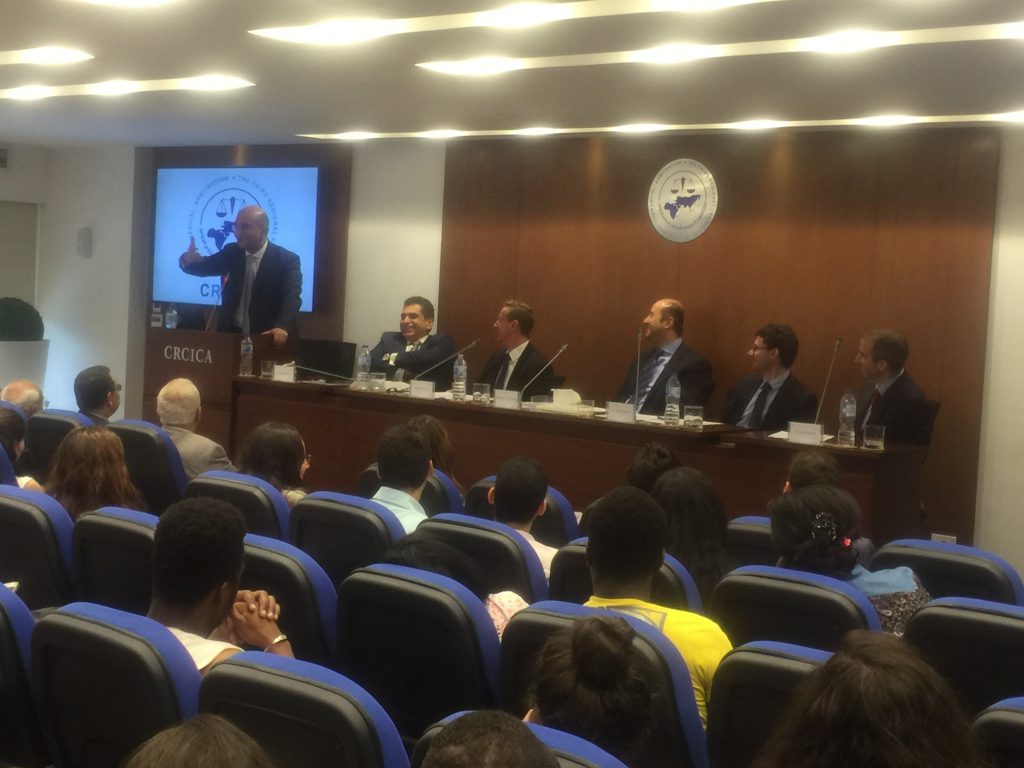 The Winds of Change sweeping the Law of Obligations: Franco-Egyptian perspectives, 2 April 2018

On 2 April 2018, CRCICA, in cooperation with the IDAI ("Institut de Droit des Affaires Internationales" in Cairo) and Henri…
Read more

Changes to the FIDIC Forms of Contract – Red, Yellow and Silver Books: An Overview

On 25 December 2018, CRCICA organized a seminar titled “Changes to the FIDIC Forms of Contract – Red, Yellow and…
Read more