On 9 September 2019, and within the context of introducing CRCICA to the English legal community, CRCICA Director visited Dentons Law Firm in London and introduced CRCICA’s background, services, rules of transparency and neutrality. The meeting was attended by Ms. Elizabeth Tout, Dentons’ Head of Litigation and Dispute Resolution practice in London as well as her international arbitration team. Dr. Selim emphasized on CRCICA’s neutrality, including in cases involving public entities of the Host-State and that CRCICA was recommended for its neutrality by the AFDB Report prepared by Lalive in 2014. Dr. Selim also approached CRCICA’s “identical list” procedure, under CRCICA’s rules, where parties are involved in the choice of the presiding arbitrator in case the two co-arbitrators failed to agree on the presiding arbitrator. Further, Dr. Selim shed light on arbitration under CRCICA as the most cost-effective, compared to other major arbitration institutions, especially for the cases of a value lower than USD 10 millions. According to the 2018 GAR’s “Arbitration Costs Compared”, CRCICA costs are the cheapest in case of one arbitrator and among the three most affordable in case of three arbitrators until the dispute amount of US$ 1 million. Finally, Discussions also focused on CRCICA’s state-of-the-art and cost-effective hearing centre hosting arbitrations where parties having difficulties in obtaining Schengen visa or UK visa, inter alia, parties from Yemen, Libya, Syria, and Iraq. 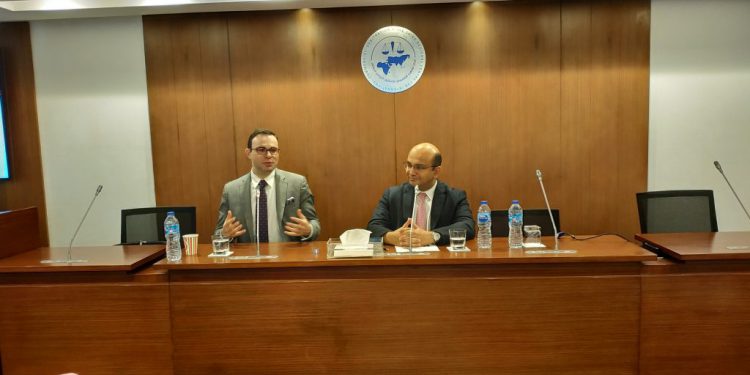 The Enforceability of Time Bar Clauses in Construction Contracts: A Comparison between the English/Welsh Common Law and Egyptian Law Jurisdictions

On 17 July 2018, the CIArb Cairo Branch organized a seminar on “The enforceability of time bar clauses in construction…
Read more